YA SCAVENGER HUNT FOR SPRING 2016 IS NOW CLOSED. THANK YOU ALL FOR BEING A PART OF IT. ❤

Welcome to the YA Scavenger Hunt! This bi-annual event was first organized by author Colleen Houck as a way to give readers a chance to gain access to exclusive bonus material from their favorite authors…and a chance to win some awesome prizes! At this hunt, you not only get access to exclusive content from each author, you also get a clue for the hunt. Add up the clues, and you can enter for the prize–one lucky winner will receive one book from each author on the hunt in our team! But play fast: this contest (and all the exclusive bonus material) will only be online for 72 hours! 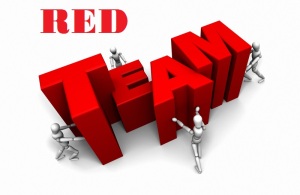 Go to the YA Scavenger Hunt page to find out all about the hunt. There are nine contests going on simultaneously, and you can enter one or all! We are a part of the RED TEAM, but there is also a silver team, a gold team, an orange team, a blue team, a green team, a pink team, a teal team, and a purple team for chances to win different sets of signed books!

If you’d like to find out more about the hunt, see links to all the authors participating, and see the full list of prizes up for grabs, go to the YA Scavenger Hunt page.

SCAVENGER HUNT PUZZLE
Directions: Below, you’ll notice we’ve hidden a number. Collect the  numbers of all the authors on the red team, and then add them up (don’t worry, you can use a calculator!).
Entry Form: Once you’ve added up all the numbers, make sure you fill out the form here to officially qualify for the grand prize. Only entries that have the correct number will qualify.
Rules: Open internationally, anyone below the age of 18 should have a parent or guardian’s permission to enter. To be eligible for the grand prize, you must submit the completed entry form by Sunday, April 3rd, at noon Pacific Time. Entries sent without the correct number or without contact information will not be considered.
(**Before you go, be sure to enter our separate Rafflecopter giveaway at the bottom of this post. We’re giving away a copy of Mindi’s book, LIVE THROUGH THIS!**)
SCAVENGER HUNT POST

Today, we are hosting Joshua David Bellin for the YA Scavenger Hunt! Here’s a bit about him: Joshua David Bellin has been writing novels since he was eight years old (though the first few were admittedly very short). He taught college for twenty years, wrote a bunch of books for college students, then decided to return to fiction. SURVIVAL COLONY 9 is his first novel, with the sequel, SCAVENGER OF SOULS, set to release on August 23, 2016.
Find out more information by checking out Joshua’s website, following him on Twitter (@TheYAGuy), or check out his book here!

Querry Genn is running out of time. He may have saved his survival colony and defeated a nest of the monstrous Skaldi, but that doesn’t mean he has any more answers to who he is. When he encounters a new colony in the middle of the desert, the pieces of his past begin to fall into place–along with the terrible secrets that have been kept from him all his life. Joining forces with Mercy, a teenage girl with secrets of her own, Querry must fight to save his colony, his friends, and his future.

In the thrilling conclusion to the story that began with SURVIVAL COLONY 9, Joshua David Bellin narrates a tale of sacrifice, courage against overwhelming odds, and the fateful choices that define us for a lifetime.

I like to sketch the physical locations where my stories take place; this helps me keep directions and basic spatial relationships consistent as I write. These maps aren’t drawn to scale, and (since I’m not a professional artist) they’re not as cool as the maps you see at the front of many fantasy novels. But they serve my purposes!
The map from SCAVENGER OF SOULS shows the three principal locations where the novel’s action takes place: a volcanic desert where a strange altar-like rock formation stands; an abandoned military base where a survival colony is quartered; and a canyon where another colony lives. Secrets lie buried in each of these places, and my main character’s quest to uncover them is what drives the action of the novel! 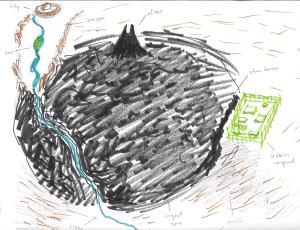 *Mini Giveaway! Click the Rafflecopter icon below to enter to win LIVE THROUGH THIS!*
(US Only. Sorry!)

Now don’t forget to enter the large international contest for a chance to win a ton books! To enter, you need to remember the number 14. Add up all the numbers of the authors on the red team and you’ll have the secret code to enter for the grand prize!

CONTINUE THE HUNT
To keep going on your quest for the hunt, you need to check out the next author! http://beckywallacebooks.com/blog/

One thought on “YA Scavenger Hunt”